Thomas Jefferson was a jealous hempseed breeder who allegedly brough Chinese seeds in from France in the 1790s to mix with the European strains. Later the US Department of Agriculture adopted an aggressive program to breed plants that were drought resistant and climate or soil specific for different parts of the United States and came up with some of the best hemp strains in the world. That all came to an end with the Marijuana Tax Act of 1937, when hemp farming was essentially banned. The national seed banks died out when the federal Drug Enforcement Agency took control in the 1970s and destroyed them in the name of the Drug War.

Act of Congress opened the way for new hemp seedlines

In February 2015, Congress passed the hemp amendment to the Farm bill and opened new avenues for cannabis hemp. Two years later, Rely™ by New West Genetics has become the first modern hemp variety bred for the U.S. to pass Colorado Department of Agriculture hemp trials. The plants have a stable THC content below 0.1 percent, compared with the federal standard of 0.3 percent or less.

“This is a landmark victory for New West Genetics, as well as hemp production in the United States overall,” said Wendy Mosher, CEO for New West Genetics. “The use of regionally bred hemp seed for production is imperative for the US hemp industry to succeed, and we hope that the results for Rely™ act as a catalyst for other U.S. hemp product makers to recognize the benefit of regionally bred varieties – better yield, disease resistance, sustainability, etc. and demand those be used for their products.”

Normally it would take decades to breed a new annual crop, each successive generation tested for quality and stability. New West Genetics focuses on developing and improving cannabis grown for the U.S. marketplace. Its initial focus is on creating hemp varieties adapted for various market traits as well as bred for largescale harvest.

Its well-respected team of scientists utilize Next Generation sequencing to analyze the genetics of hemp with the intent to improve varieties with marker based selection, which in turn speeds up the breeding process. 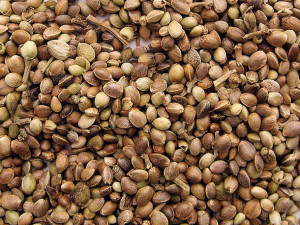 New seed line is aimed at the food and oil markets

With these varieties, the company promotes hemp seed and flower as a healthy alternative to other similar ingredients – for instance, hemp seed is the only plant-based oilseed that has an exact match of Omega 3:Omega 6 ratio that fish oil has, making it a much more sustainable option.. All-natural nutrition company EvoHemp recently contracted New West Genetics to include its grain in their line of hemp seed products.

Rely™ is a novel variety that has been bred specifically for high yield grain production in the Western Region of the US. The seed was tested by the Colorado Department of Agriculture to ensure its compliance with federal law regarding the maximum THC level allowed for industrial hemp plants.  Results determined by the Department of Ag that Rely™ has stable low THC, below .1 percent in all of their trial locations making it a reliable option for farmers and product makers. In the coming months, Rely™ will be entered into trials with the Kentucky Department of Agriculture to select and adapt for the Southeast U.S. region.

“It’s an exciting time for hemp in the United States,” Mosher added. “New West Genetics is at the heart of a movement to reintroduce hemp as an integral part of American industry, and we look forward to unlocking the potential of this incredible plant.”